I am going to be honest with you. I am pissed off, so I'm going to go on a bit of a rant.
I read an article by Emma Keller in The Guardian, called Forget Funeral Selfies, What Are the Ethics of Tweeting a Terminal Illness,  that seems to criticize a woman who is dying of cancer for tweeting about her experience. Here's the article: http://www.theguardian.com/commentisfree/2014/jan/08/lisa-adams-tweeting-cancer-ethics
Update: Before I even finished this writing, the article was "removed for investigation." However, her husband also wrote a New York Times piece, called Heroic Measures,  that is  currently still up. Surprisingly, given the backlash that his wife faced for her article, he has written a piece that agrees with her position, although he does it while trying to sound a tad less catty.  http://www.nytimes.com/2014/01/13/opinion/keller-heroic-measures.html 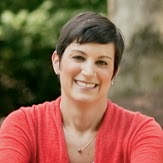 Don't get me wrong- these are op-ed pieces, and the Kellers are entitled to their opinions, offensive as they are, but I can't help but be really infuriated about it. Let me explain why.

A few years ago, my friend went through a horrendous battle with cancer. She had a very rare type, and it occurred in a difficult location- it was hard to operate on, very vascular, and non-responsive to most forms of treatment. After a failed surgery, failed chemo and radiation, she was told she was dying and there was nothing that could be done. However, we got that miracle call everyone hopes for- there was an experimental treatment she could try- no guarantees, but what the heck- when you are in your 30s, and dying, you'll try anything. So she went for it, and to our amazement and extreme delight- it worked. It shrunk the tumor to an operable size. But her surgery recovery went badly. She ended up in a coma for three days, her pain levels were sky-high, and she had to have a trache stoma. So, when she woke up from the coma, her physical and mental status was...tough. But my friend is a heck of a fighter, and she had come this far, so she pulled through it all.

But I saw something else happen when she went through all of this that made my blood boil, and it wasn't until I read Keller's article that I have found the words to articulate what that was.

Some of her family and friends turned away. They couldn't bear to be at the hospital with her. Couldn't bear to see her with tubes everywhere, with a hole in her throat, doped up to the gills on pain meds, crying, vomiting, coughing up mucous and blood, and delirious from the pills and the pain.

When she needed people the most, many people couldn't bear to look at her.

Even after her treatments at the hospital were over and she just had an oxygen tank and a wheelchair...people in public stared at her like she was contagious or like her presence offended their delicate sensibilities somehow. "How dare that sick person leave their house and confront me with her disgusting illness." That was how they seemed to be reacting.
I hoped she wasn't noticing the stares, the turned up noses, the rolled eyes when her wheelchair made people take four steps to move around her and cost them an extra four seconds of time. I hoped she wasn't aware, but I knew she was.

I know that not everyone would even want to deal with their treatments the way my friend dealt with hers. My friend is an extrovert, and she loves to visit with people. She is recharged by outings, and felt cooped up spending months in the hospital. Visits were a relief and a break from the monotony. Once she was well enough to leave the house, she was anxious to get out, be in the world that she almost didn't live to see. She became a very outspoken advocate for the treatment that saved her life, started a Facebook page for people who suffer from the same type of cancer, joined Relay For Life and became a team captain. She turned it into a victory. That was how she coped.

If it had been me- I probably wouldn't have wanted many people seeing me in the hospital. I'm much more of an introvert. I would prefer phone calls, texts, tweets or Facebook messages. I would feel like I still have the support, but the emotional exhaustion that comes with face-to-face visits would be minimized- and I would need that when I am focusing on recovery. But does that mean that my way is right and hers is wrong? Hell no. Neither would I be wrong and my friend right.

You recover in whatever way you can. And if you have a friend or family member in your life reaching out to you for support in any way, this is the time when you need to be there. You need to see their suffering if they are willing to let you see; you need to hear their hurt, if they want to communicate it. It is horrible to go through pain and the fear of death, but it's even worse to think that you have to go through it alone, because your suffering offends. Your pain makes others uncomfortable. If a loved one wants you to be a part of their recovery or of their end...you are privileged. You are important enough to them that they want to offer you a window into something that is very personal and very difficult. They need your support.

But Keller's article shows that she was one of the gawkers. She wanted to stare, not offer compassion and support. She admits as much when she wonders why she was so obsessed. And as she stared, she became more and more disgusted. She started to wonder if this was appropriate. Should this person tweet and blog about her condition, about her death? Should the world be subjected to this? It's no different to me than seeing someone eyeball my friend at the store, and turn away with a sneer. "Go home to die, sick person. I don't want to have to see you." That seems to be the sentiment.

Lisa Adams seems to take some comfort in sharing her experience publicly. She may not want the whole world physically in her hospital room, but she feels that there is some benefit to allowing them to get a glimpse of her treatment- both the day to day details of it, and her emotions about what she is going through. It is clearly therapeutic for her, and as such no one should try to shame her back into the shadows, as Keller seems to be trying to do.

"Go away, sick person, I can't bear to watch you die." That seems to be the point of the article.
Well, Mrs. Keller, you don't have to. That's the beauty of the internet. You can just quietly turn away. Unfollow her Twitter and her blog. In the online world, you don't even have to make the awkward eye contact with her. She doesn't have to see your disgust. You could have just walked away from it. But instead, you called a woman out for choosing to have a different sort of death than you would choose. So let me make something clear for you. It is NOT about YOU.

"Are those of us who've been drawn into her story going to remember a dying woman's courage, or are we hooked on a narrative where the stakes are the highest?
Will our memories be the ones she wants? What is the appeal of watching someone trying to stay alive? Is this the new way of death? You can put a "no visitors sign" on the door of your hospital room, but you welcome the world into your orbit and describe every last Fentanyl patch. Would we, the readers, be more dignified if we turned away? Or is this part of the human experience?"

I think you would be more dignified if you turned away. If you see someone going through an event that disgusts you or offends you or makes you uncomfortable, turn away. If you cannot bring yourself to see this person who is suffering as a human being, regardless of their physical state, and offer them some compassion and some comfort then turn away. Don't give them ugly looks, don't shame them for daring to leave the house that morning or for talking publicly about their pain...just turn away. It is the absolute minimum you can do for someone.

It is hard enough to go through something this difficult. It's harder still to realize that many of the people you hoped would be there to hold your hand, simply cannot bring themselves to take it. Shaming the sufferer for reaching out in the first place just rubs salt in the wound.

Adams reached out to the world, and the world has the choice- each one individually- whether or not they want to reach back.
If they feel so inclined, they can offer words of support. but no one is forcing it on them, so Keller's ethical dilemma is not much of a real problem for anyone.

But, I am hoping that anyone reading this will start to think about how they would react if and (more likely) when someone they care for goes through this. I hope you can see that this is not about you. It is about showing support for the person who is working to survive or dealing with their own mortality. In whatever way they are able to receive comfort, I hope you can find it in yourself to offer it. I hope you won't turn away. I hope you can set aside any revulsion you feel about hospitals and visit your loved one if they are up to it. I hope you can set aside time to call them or write them if they would enjoy that contact. And if you find yourself wondering why they have to talk about their problems or put their ordeal out there where you can see it...if you can't stomach the idea of looking at them when their body is broken and their spirit is low, then at least turn away without judgment.

Have a waffle.
We have butter and syrup, jam, Nutella, peanut butter... anchovies. I didn't think you'd actually want the anchovies. I just want you to know that if you did want them, I have them, and I won't judge.
Much.

We have all kinds of goodies here. Nerdery, history, ghost stories, ancestry, silliness, commentary on society...pretty much anything I am interested in is fair game. Heck, we might even have recipes one day. It could happen.

So come on in, grab a cup of coffee, and eat your waffle. Or get some toast...whatever puts the cheese in your macaroni. I have stories to tell, so settle in. 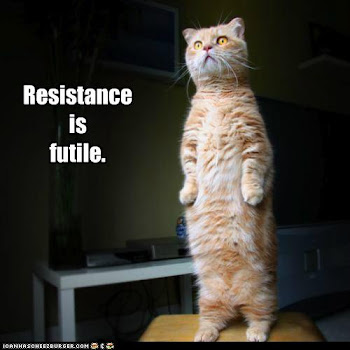